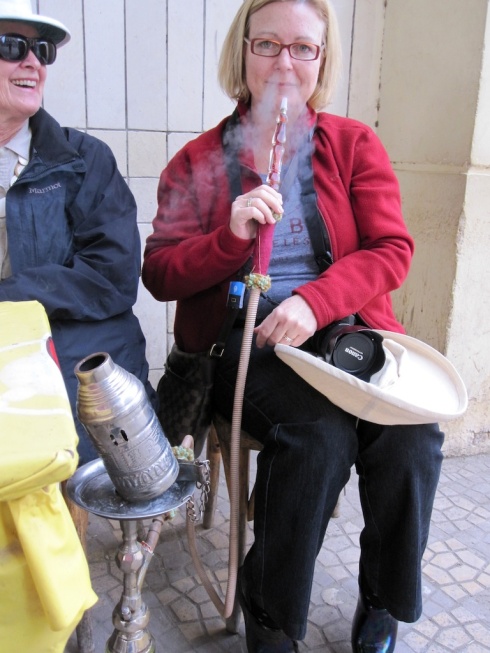 Barnaby and I have had another wonderful day in Alexandria. I started out the Egyptian way: smoking the sheesha. We left our hotel at 8 and drove to Rosetta — Rashid in Arabic, a small town of 60,000 about 45 miles east of Alexandria, where the Nile meets the Mediterranean. In the 18th and 19th centuries, it was the most important port in Egypt, but fell into obscurity when Alexandria took over. There are no tourist markets, no aggressive salesmen, and no tourists, so we had a grand time wandering through the bustling town without the usual throngs. 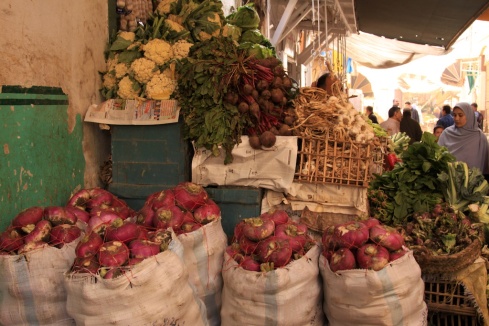 The Rosetta Stone was found here in 1799 by a French soldier. If you don’t remember your history: the Rosetta Stone is a slate of granite that has a legal decree carved in three languages — Egyptian hieroglyphics, Egyptian demotic (shorthand) and Greek. It took scholars until 1822 to decode it and therefore unlocking the key to reading hieroglyphics. And let me tell you — those Egyptians had a lot to say. I’m sure they kept legions of scribes busy. 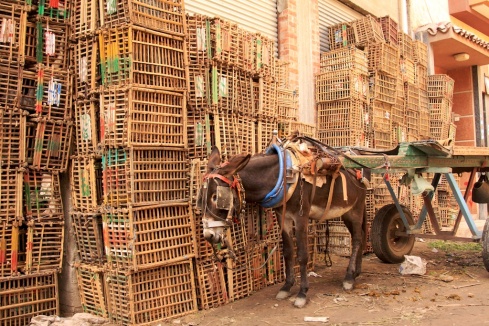 Gotta rest when you can...

Rashid also has many fine examples of 18th century architecture, so we visited several houses. But our favorite stop was at a brick factory. Don’t laugh — it was fascinating. We were welcomed in, given the grand tour, even though our guide had never stopped there before. The Egyptian people are very friendly. Barnaby has learned a few phases in Arabic and it’s amazing the response he gets for his efforts.

If you’ve been watching CNN you’ve probably heard about the protests in Cairo today. Don’t worry — we’re far away and the protests are against the Egyptian government, nothing to do with tourists. Plus — you couldn’t get near us if you tried. We had a convoy of tourist police with us all day. There must have been 30 armed men along. I felt like a princess! I know, I know — I feel like that everyday. 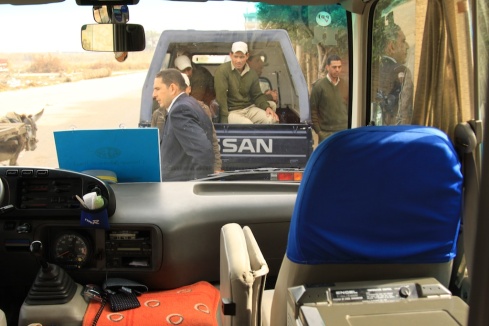 Anne Finch lives in Idyllwild, California. She and her husband Barnaby love to travel. They also love their hometown. END_OF_DOCUMENT_TOKEN_TO_BE_REPLACED
This entry was posted on Tuesday, January 25th, 2011 at 4:35 pm and posted in Uncategorized. You can follow any responses to this entry through the RSS 2.0 feed.
« Alexandria
Our last day in lovely Alexandria »