There is no arguing that Cape Town is a beautiful city, blessed with one of the most breathtaking settings anywhere in the world. It’s also a city that’s had a somewhat checkered past, a history that still haunts many people.

From 1948 until 1994 apartheid – “the state of being apart” – was the law here. We all remember the pressure put on South Africa by the world, and with the hard work of Nelson Mandela and the ANC, apartheid was abolished in a peaceful manner. But there are still vast economic differences between the races. Blacks in South Africa are slowly catching up educationally and economically, but it’s a slow go, and in the meantime, millions still live in huge ghettos or townships.

We visited one of those townships yesterday — Langa. Our guide was articulate, charming, and has built himself a successful business starting with nothing. He took us to one of the local businesses — a beer shop. The beer is homemade and is sold in 5 liter jugs. Traditionally every one sits around and drinks from the same jug (it’s really a metal pail). Most of us had a sip – it was pretty tasty, kind of like watery beer (it’s low in alcohol – only about 2%).

We had lunch with one of the local families, still in Langa, a middle class family with a comfortable house. A marimba band entertained us and after lunch we were all given a djembe drum, a brief lesson on how to play it, and we all drummed until we couldn’t feel our hands.

Today we saw a different side of Cape Town — Stellenbosch and the wine country. By contrast we were driving through vineyards against a backdrop of mountains, we could have been in Tuscany but the wine estates are more luxurious here.

We’re heading home in a couple days, it’s been an amazing trip and it won’t be our last to Africa. 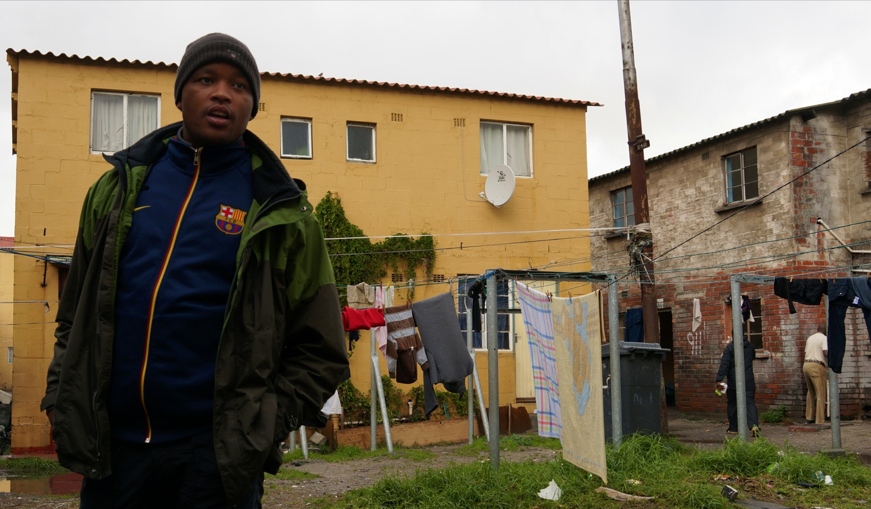 Our guide in Langa, a Xhosa township 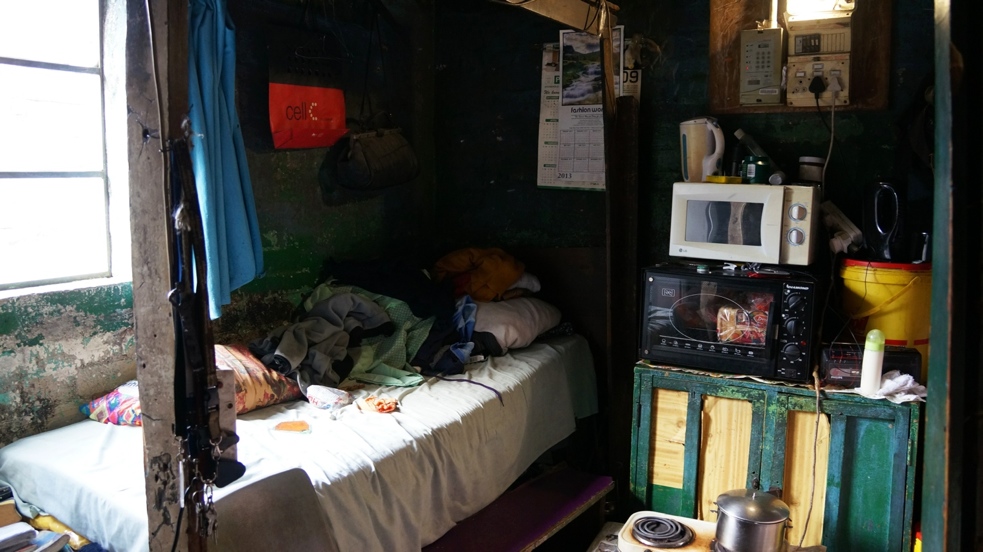 A typical room in Langa that houses 3 families

Anne Finch lives in Idyllwild, California. She and her husband Barnaby love to travel. They also love their hometown. END_OF_DOCUMENT_TOKEN_TO_BE_REPLACED
This entry was posted on Friday, August 16th, 2013 at 9:22 am and posted in Uncategorized. You can follow any responses to this entry through the RSS 2.0 feed.
« Cape Town, South Africa
Hello again. »